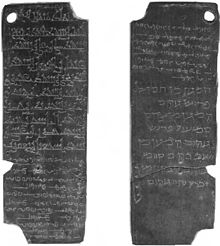 Kerala was a major spice exporter from as early as 3000 BCE, according to Sumerian records and it is still referred to as the “Garden of Spices” or as the “Spice Garden of India”.[29][30] Kerala, known for its spices, attracted ancient Babylonians, Assyrians and Egyptians to the Malabar Coast in the 3rd and 2nd millennia BCE. Arabs andPhoenicians also established their prominence in the Kerala trade during this early period.[31] The Land of Keralaputra was one of the four independent kingdoms in southern India during Ashoka‘s time, the others being Chola, Pandya, and Satiyaputra.[32] Scholars hold that Keralaputra is an alternate name of the Cheras, the first dominant dynasty based on Kerala.[33][34] These territories once shared a common language and culture, within an area known as Tamilakam.[35] While the Cheras ruled the major part of modern Kerala, its southern tip was in the kingdom of Pandyas,[36] which had a trading port sometimes identified in ancient Western sources as Nelcynda (or Neacyndi).[37] At later times the region fell under the control of the Pandyas, Cheras, and Cholas. Ays and Mushikas were two other remarkable dynasties of ancient Kerala, whose kingdoms lay to the south and north of Cheras respectively.[38][39]

In the last centuries BCE the coast became prominent among the Greeks and Romans for its spices, especially black pepper. The Cheras had trading links with China, West Asia, Egypt, Greece, and the Roman Empire. In the foreign-trade circles the region was identified by the name Male or Malabar.[40] Muziris, Berkarai, and Nelcynda were among the principal ports at that time.[41] The value of Rome’s annual trade with the region was estimated at around 50,000,000 sesterces;[42] contemporary Sangam literature describes Roman ships coming to Muziris in Kerala, laden with gold to exchange for pepper. One of the earliest western traders to use the monsoon winds to reach Kerala have been Eudoxus of Cyzicus, around 118 or 166 BCE, under the patronage of Ptolemy VIII, king of the Hellenistic Ptolemaic dynasty in Egypt. Various Roman establishments in the port cities of the region, such as a temple of Augustus and barracks for garrisoned Roman soldiers, are marked in the Tabula Peutingeriana; the only surviving map of the Roman cursus publicus.[43][44]

Merchants from West Asia and Southern Europe established coastal posts and settlements in Kerala.[45] Jewish connection with Kerala started in 573 BCE.[46][47][48] Arabs also had trade links with Kerala, started before the 4th century BCE, as Herodotus (484–413 BCE) noted that goods brought by Arabs from Kerala were sold to the Jews at Eden.[41] They intermarried with local people, resulting in formation of the Muslim Mappila community.[49] In the 4th century, some Christians also immigrated from Persia and joined the early Syrian Christian community who trace their origins to the evangelistic activity of Thomas the Apostle in the 1st century.[50][51] Mappila was an honorific title that had been assigned to respected visitors from abroad; Jewish, Syrian Christian, and Muslim immigration account for later names of the respective communities:Juda Mappilas, Nasrani Mappilas, and Muslim Mappilas.[52][53] According to the legends of these communities, the earliest churches,[54] mosque,[55] and synagogue (1568 CE)[56] in India were built in Kerala.[49]

Pre-history in Kerala
Early medieval period in Kerala
Sign into your account
or
Login with Facebook
Login with Google
Create an account
Reset Password
Register here! Forgot Password? Back to Login Return to Login
Need Help? Chat with us
Start a Conversation
Hi! Click one of our member below to chat on Whatsapp
The team typically replies in a few minutes.
Kerala Model Home Plans
KMHP Support