Do you need an architect or designer? 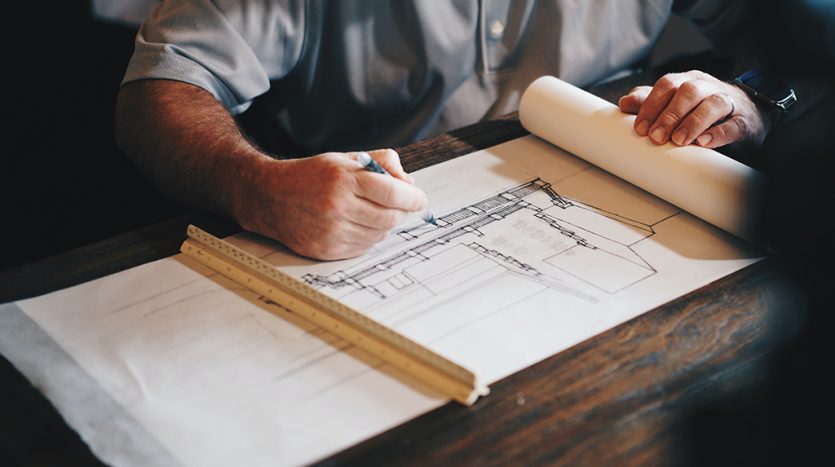 Do you need an Architect or Designer?

Do you need an architect or designer? One of the most common questions homeowners ask remodeling contractors is, “Should we hire an architect or a designer for our project?” For most small projects, such as enlarging a window opening or removing a non-bearing wall, the answer is no. The contractor and homeowner can handle both the design and construction end.

For large additions, whole-house renovations, and new kitchens, you should consider hiring an architect or design professional to help plan the project. A design pro can make sure the esthetic considerations meld with the structural requirements of the project and that the space is both liveable and aesthetically pleasing.

Here’s what architects, designers, kitchen specialists, and interior designers do and don’t do, what they charge and how you can pick the right one for your project.

If you would like the architect to manage the project, solicit bids, choose the contractor and subcontractors, control money, and oversee work; they will charge an additional 5% to 10% of the cost of the project.

Architects are skilled at coming up with inventive ideas to solve complex design problems and at making sure a project is true to itself aesthetically (whether it’s classical or original in styling).

An addition, or other complicated project with lots of roof lines, really benefits from an architect’s vision and ability to visualize ideas three-dimensionally. So does an older home where you want to extend the existing historic look to new work. And, of course, so does a home where you want to make a one-of-a-kind statement.

You’ll often see the initials “AIA” after an architect’s name. This indicates membership in the American Institute of Architects. Licensing of architects is a separate process that is administrated by each state.

As project manager, an architect can keep an eye on the progression of work. They act not only as a point person to handle the inevitable problems that arise, but also as your advocate with the general contractor and the subcontractors.

Usually homeowners will hire an architect before the contractor is involved. After the architect meets with the homeowners to determine their needs, they will present a full set of plans for bid, including renderings of the outside of the structure and all building details from roof to foundation.

If extensive changes are made, which often arise once contractors start bidding on the project, the architect will redraw the plans for an additional fee.

Hiring an architect to oversee a project is the highest level of service you can buy, since you’re responsible for little more than writing the check. It can be a good solution for someone who doesn’t want to deal with a contractor or get involved in the day-to-day decision making process during the course of construction.

While it might be nice, in most cases hiring the architect who designed the plans to oversee an addition or remodel isn’t necessary. So if you’re on a budget, it makes more sense to handle dealing with the contractor yourself.

Designers usually do not have academic training in architecture and engineering but are experienced in interior space planning and simple additions. If you’re remodeling a kitchen or adding a family room, a designer may have all the skills you need.

A designer’s plans will be reviewed by a structural engineer to make sure beams won’t sag and floors won’t bounce, something architects often do as a precaution as well, even though they have some engineering training. Designers typically don’t offer project management services.

No matter what the policy of your state is, check your homeowner’s insurance policy as well. You might have to beef it up, because professional liability or malpractice is rarely covered. In the event of a costly repair where it’s unclear if the designer or contractor is to blame, you could end up stuck with some of the bill.

Some designers work for remodeling contractors. These companies, called “design/build firms,” offer the complete remodeling package everything from plans to paint. Generally, the design of the project is included in the overall price.

A designer or design/build firm can handle most residential remodels. And the designer and contractor typically operate as a team, not adversaries.

After initial meetings with the homeowners, the designer and contractor return for a second meeting with a partial set of drawings often just a rendering of the outside walls, or elevation, and a rough floor plan. The contractor will price out the plans only after the homeowners approve the preliminary drawings.

The designer is commissioned to finish the drawings once the budget is approved. This helps avoid sticker shock when the final bill gets presented. But even in a worst case scenario, in which a full plan set has to be redrawn, the cost is about half what an architect will charge.

There are some drawbacks to using a designer. Regulations covering designers vary from state to state, so you’re not necessarily guaranteed a basic level of skill and education. And, unlike architects, designers are not always insured against negligence or malpractice.

Hiring an Architect or Designer

After you’ve made a decision between an architect and designer, you have to find one to work with. Ask family, friends and neighbors you trust for recommendations. Then look at their last few jobs and interview the homeowners.

Remodeling contractors are another good source or architects and designers. Since they are responsible for building what that designer draws, they won’t recommend someone who does not know what they’re doing or that they have had trouble with in the past.

How Builders Make New Homes More Spacious, Inside and Out
Designer Homes
Sign into your account
or
Login with Facebook
Login with Google
Create an account
Reset Password
Register here! Forgot Password? Back to Login Return to Login
Need Help? Chat with us
Start a Conversation
Hi! Click one of our member below to chat on Whatsapp
The team typically replies in a few minutes.
Kerala Model Home Plans
KMHP Support